To: All TFHS Parents 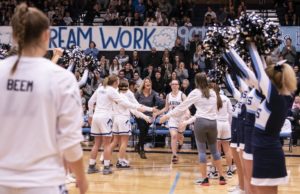 The Twin Falls School District #411 is pleased to announce Nancy Jones will be the Activities Director at Twin Falls High School for the 2020-21 school year. This decision is pending board approval which is scheduled to happen at the regularly scheduled board meeting on June 8.

Activities directors at the high school level are tasked with the management of a comprehensive activities program, which includes athletics and competitive activities like drama and debate.

Jones is currently a math teacher at TFHS and will continue to work as a half-time teacher in addition to her new position as activities director at TFHS. Jones joined the TFSD in 1990 as a third-grade teacher at Lincoln Elementary School. When Oregon Trail Elementary School opened in 1994, she moved to the new school to continue teaching third-grade. In 2001, she took a few years away from teaching but continued to volunteer and guest-teach at Morningside Elementary School where her children went to school. Jones re-joined the district in 2005 teaching math at O’Leary Middle School and transitioning to teaching math at TFHS in 2010 so that she could be closer to the students who she coached.

Jones began her coaching career with the TFSD in 1992 as the JV and assistant varsity coach for girls basketball at TFHS; in 2002 took over coaching eighth and ninth-grade girls’ basketball at O’Leary Junior High until 2007. In 2007, Jones became the head girls basketball coach at TFHS. While coaching at TFHS she held a leadership role with the National Federation of High Schools for four years, serving on the Coaches Advisory Board representing Region 8, which includes Alaska, Washington, Oregon, Idaho, Montana and Wyoming. While working in this capacity, Jones was able to advocate for the TFSD and helped bring regional and national awards to those who support athletics and activities in Twin Falls. 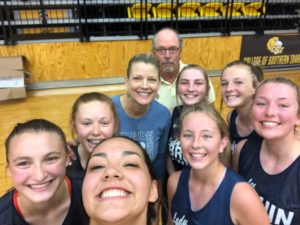 “I am so excited to be taking over as the activities director at TFHS,” Jones said. “Helping our coaches and programs be successful will be an amazing opportunity.”